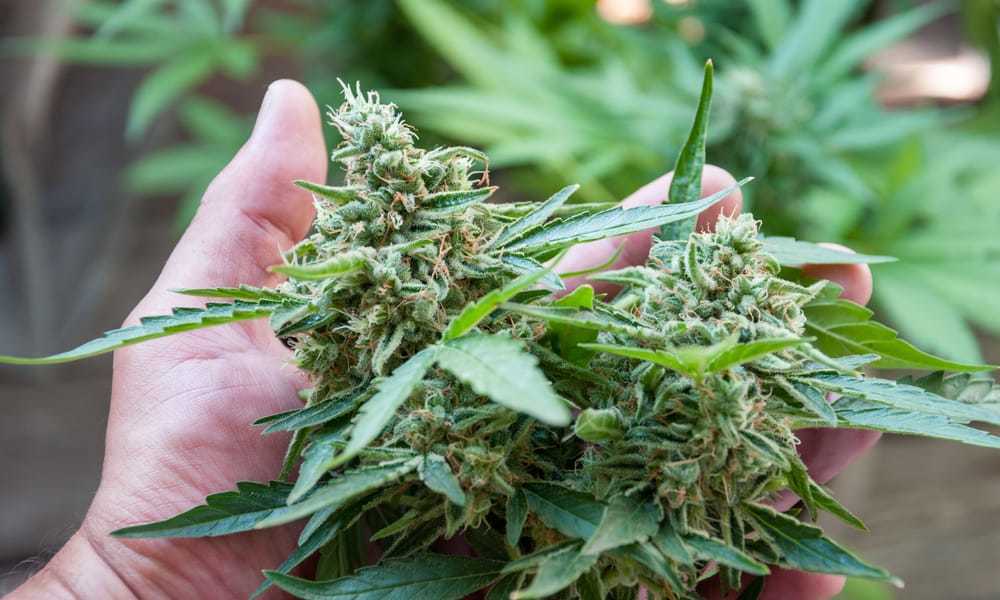 What Are Plant Growth Regulators?

Cannabis legalization is one of the most talked about debates across the U.S. and has resulted in highlighting and examining the role of plant growth regulators (PGRs) recently.

While cultivators and manufacturers of medical marijuana are very knowledgeable regarding PGRs, an average cannabis consumer is relatively less knowledgeable about the facts associated with PGRs. However, it is crucial for a cannabis consumer to understand PGRs role in cannabis cultivation and its impact on medical marijuana so that they can make an informed choice to decide what is good for their health and what is not.

What Should I Know About PGRs?

Plant Growth Regulators (PGRs) were discovered back in the early 19th century and have been used for increasing the commercial viability of so many plants since then. However, the concerns about the safety of some PGRs came to light in the media recently.

This happened when the impacts of plant growth regulators on human health were investigated and studied. As an outcome, many PGRs were banned for use on food crops

and other edible items in the early 1970s. Since then, from a regulatory control perspective, PGRs have been classified as a type of pesticide.

To understand exactly what plant growth regulators are, you must know about the plant hormones. This is because what PGRs mainly impact are a plant’s phytohormones.

Phytohormones, in particular, play a significant role in the development and growth of plants and if they are exposed to PGRs, this will have a direct impact over a plant’s life cycle.

There are five major classifications of natural plant hormones traditionally known for impacting the plant life cycle. They include – Ethylene, Cytokinins, Auxins, Abscisic Acid, and Auxins.

These phytohormones have different regulatory functions, which combine to cause a spike in a plant’s cellular activity and growth. Most of the time, these hormones work interdependently and each of them has an individual significance.

How Do PGRs Impact or Manipulate a Plant’s Growth?

PGRs are popular for manipulating plants’ growth cycles and increasing their crop yields. Let’s discover how these properties of PGRs impact the process of cannabis cultivation!

Once all the growth-stimulating genes are activated with the help of PGRs, the cells begin to expand and grow. The cell expansion, in particular, is further driven by the increased amount of water consumed by the cytoplasm, which gathers into the central vacuole of a cell in the end. Thus, the volume of central vacuoles expands – increasing the overall weight of the crops in turn.

PGRs play a great role in maximizing cannabis growth, which is essential to meet the prevailing consumer demands. However, an added interest here in using PGRs during cannabis cultivation is the increased profit margin. The quicker growth cycles and expanded yields from each harvest are majorly contributing to earning huge returns on investment and expanding the entire cannabis industry at the same time.

Research Reveals How PGRs in Cannabis Can Impact Consumers’ Health

The argument whether PGRs are hazardous for human health or not remains active. However, many research experiments have been conducted worldwide to determine their impact when infused with cannabis.

The outcomes of these research experiments have suggested them to be a threat to human health. Specifically, synthetic PGRs that are inhibited with gibberellin, a plant hormone.

Apart from being a threat to human health, the infusion of synthetic PGRs into cannabis cultivation is also found to have majorly destructive impacts on the environment. PGRs in the soil and water have toxic effects on fish – their digestive organs and embryos. And this environmental impact tends to have a relatively bigger impact than expected due to the infiltration and soil runoff into the aquatic systems.

However, some natural alternatives might have a relatively better impact on human health than synthetic PGRs. In case you feel confused about which medical marijuana products to use, it’s always the best practice to get your cannabis products from an established and licensed medical marijuana dispensary with lab-tested products to ensure safety. To get started on this journey consult a medical marijuana doctor in Florida at MMJ Health, they can help you with any questions you may have regarding the process and help guide you in finding the best product for your needs!

What Are the Natural Alternatives to Plant Growth Regulators (PGRs)?

Apart from the synthetic PGRs that we’ve discussed so far in the blog post, some natural alternatives have also been discovered that could act as a catalyst in increasing and quickening the yields of cannabis or other crops. PGRs, in general, are meant to enhance the plants’ growth cycle. Thus, it could be more effective when using all-natural compounds. The discovered natural alternatives have similar impacts as synthetic PGRs, yet the chances for negative effects are relatively low.

These natural alternatives include:

Though some cannabis products have been cultivated with PGR infusion, some are still found with either minimum expression or alternative naturals and every established and licensed medical marijuana dispensary with lab-tested products tests to ensure their safety. Therefore, you can easily get help to find these products by scheduling an appointment with the best medical marijuana doctors from MMJ Health by answering a few simple questions on our patient qualification survey.

The survey will enable you to find out if you qualify for a Florida medical marijuana card based on your patient history, and directs you on how you can easily get in touch with a qualified medical cannabis doctor. We have a variety of great doctors onboarded with a practical background in guiding medical cannabis consumption, who can help you find the right medical cannabis products for you!

Contact us to get in touch with an MMJ Health medical marijuana doctor today!