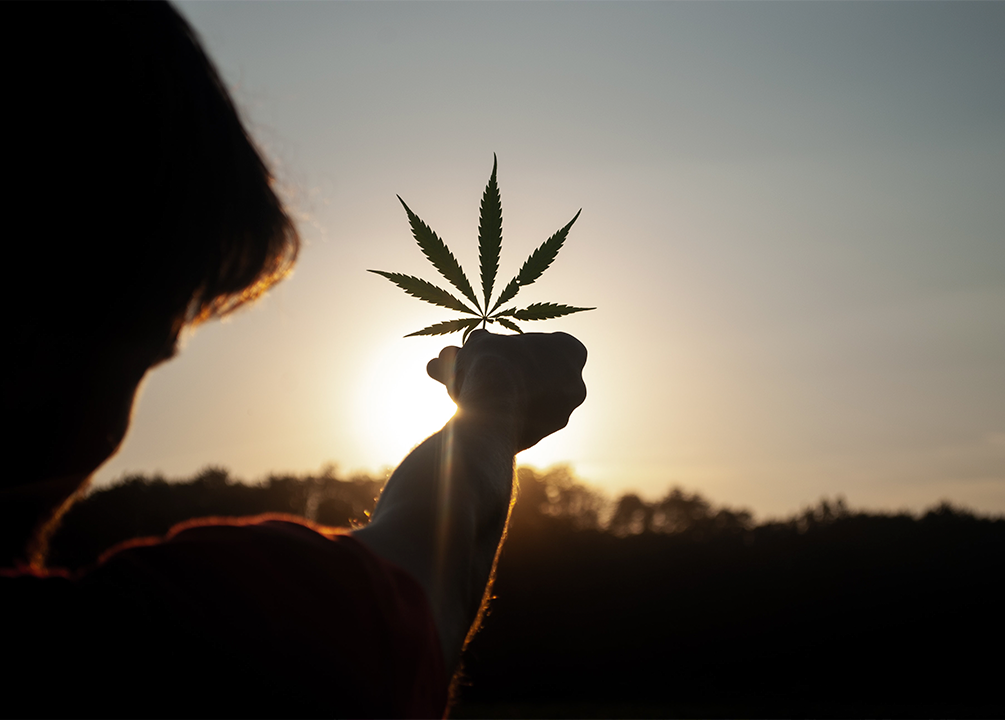 It is widely known that when a woman experiences the stages of menopause they are presented with a variety of changes and shifts in their body. This dramatic shift can prove to be one of the most noticeable transitions since they first go through puberty. But what is menopause, and how could cannabis possibly offer relief?

Menopause occurs when a woman’s menstrual cycle comes to an end during a period of about 12 months usually. Many symptoms endured are not always the most pleasant. These may include mood swings, pain, and insomnia. “Perimenopause” is the period of biological disturbances preceding and beyond this period of time. Before and during a perimenopausal phase, women often begin to have irregular menstrual cycles and fluctuating hormone levels. This phase often begins by the age of 35 and lasts multiple years until a woman finally hits menopause. Women have decreased levels of reproductive hormones during the post-menopause period, and an increased risk of urinary tract infections, weight gain, and other health issues.

However, studies have shown that the endocannabinoid system in our body is critical for all aspects of female fertility. This system is defined as a network of cell receptors that help maintain homeostasis in the body. It is this biological system in our bodies that interacts with cannabis molecules in THC and CBD.

Several noticeable symptoms occur during perimenopause, typically between the ages of 45 and 55. These symptoms might be classified as vaginal/uterine, physical, or psychological.

Menopause is also associated with an increased risk of osteoporosis. A 2011 study discovered that overexpression of cannabinoid receptors promoted osteoclast hyperactivity in postmenopausal individuals diagnosed with osteoporosis, resulting in excessive bone resorption.

Florida medical marijuana doctors believe that menopause also affects the body’s insulin sensitivity, and it is known to produce insulin resistance (which can progress to type II diabetes) in a significant number of postmenopausal women. Obese postmenopausal women with insulin resistance had higher blood levels of the endocannabinoid 2-AG, lower levels of anandamide, and increased receptor activity with insulin sensitivity.

In general, studies have shown that cannabis consumption actually induces a cooling effect that can help regulate body temperature. This is due to a natural cannabinoid known as anandamide, which shares an effect with THC: to regulate body temperature. Finding a balance in cannabis consumption may prove to greatly relieve and mitigate the effects of hot flashes endured during menopause.

There are no studies specifically examining cannabis’s effectiveness in alleviating sleeplessness in menopausal women. Numerous studies, however, attest to the efficacy of different cannabinoids and synthetic cannabinoids to assist. This includes anandamide and the THC analog Marinol, which have been shown in a 2007 review to accelerate sleep onset, improve sleep serenity, and decrease the likelihood of waking up in the middle of the night. Additionally, CBD products may be beneficial, as studies indicate that they may boost total sleep time.

Several studies have been published over the years on cannabis’ and cannabinoid’s ability to treat pain. The general conclusion appears to be that several strains of cannabis serve to offer pain relief without concern of severe side effects of addictive properties.

Inflammation frequently becomes a problem during menopause due to hormonal fluctuations like decreased estrogen levels, which can result in pain. Since cannabidiol (CBD) contains anti-inflammatory characteristics, consuming cannabis products may reduce menopausal pain associated with inflammation.

The specific involvement of the endocannabinoid system in anxiety meditation continues to be debated and appears to be dosage-dependent. Cannabinoid receptor agonists appear to have an anxiolytic property at low dosages but have the opposite effect at high concentrations. Since anxiety and nervousness are core issues post-menopause, users turn to cannabis to relieve these symptoms with prescribed dosages.

A common frustrating symptom accompanying menopause is low libido. Although CBD increases blood flow to female sexual organs, it contains some anti-estrogenic capabilities, which may affect libido during menopause since the loss of estrogen is associated with a lowered sex drive. However, there is no research to date that confirms the decrease of estrogen through CBD consumption. Some may find that this clear-headed relaxation caused by CBD consumption may influence a returning sex drive.