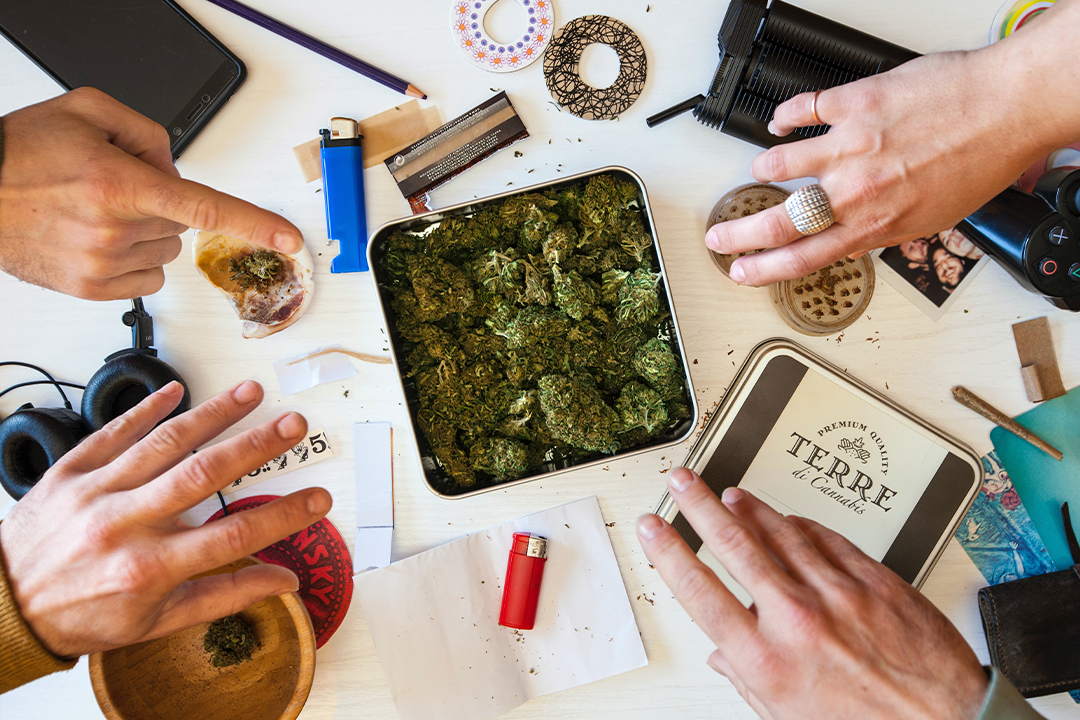 Medical marijuana is one of the most impactful social changes of this millennium, with almost no chance of stopping any time soon. To highlight the facts, the medical marijuana market is expected to reach a progressive value of $148.35 billion by the end of the year 2026.

Despite all the relatively new social acceptance and progress medical marijuana has seen over the past several years, you’ll still encounter some misconceptions about the plant. Medical marijuana has been fighting against several decades worth of false stereotypes, misconceptions, and scare tactics used to discredit any medicinal benefits the plant may have. Additionally, the legislature and their anti-drug regulations have added to these stereotypical misconceptions about cannabis consumption at large.

With back-to-back acceptance and legalization of medical marijuana in many states across the U.S., it’s time that these misconceptions are clarified. It would help medical marijuana patients enjoy the benefits of the plant and may be a source of information relevant to medical marijuana supporters in states still fighting to make it legal in their area.

Read on to find out more!

Tobacco corporations have been very resourceful and successful in making people believe that smoking cannabis is more harmful than tobacco – call it a bottom-line more focused on capitalism than science.

However, they fail to prove their arguments when it comes to scientific facts.

“Medical marijuana may comprise multiple beneficial impacts over chronic pains, sleep difficulty, and appetite disorders, etc. However, our study’s outcomes undermine the association between the impacts of medical marijuana and pulmonary lung disease symptoms. However, the outcome of higher doses can’t be said due to a limited experiment.” According to a study been published at the National Center for Biotechnology Information.

Thus, medical marijuana doctors in Florida suggest intaking a controlled dosage to avoid any adverse consequences in the long run.

Another related study resulted in the finding that a simultaneous intake of cannabis and tobacco might increase the risk of respiratory diseases. Cannabis alone however, is not a cause by any means.

Another misconception or more likely a stereotype is that cannabis is highly addictive. Though the claim isn’t all weightless, the chances of developing a cannabis addiction are minimal. It can be easily prevented by using controlled doses and seeking professional help from medical marijuana doctors. Patients should always start with a low dose and go slow to find the amount right for them and consult with a professional.

The National Institute on Drug Abuse, U.S. has stated, “Only 7% to 9% of the total individuals consuming cannabis have the chances of developing a cannabis addiction or disorder. However, individuals using cannabis before hitting adulthood are four times more likely to develop this addiction.” Thus, the plant might be addictive to some extent, but it can be easily controlled.

Myth 3: Cannabis Is a Gateway Drug

Despite being continuously debunked, this assumed cannabis misconception often tops the list. Cannabis is a widely used drug that is available across the globe and many people who have used other types of drugs that are more harmful may have tried cannabis first. This is a possibility, however this does not create a link in their usage by any means. Speaking of facts, the number of people who have stuck to only cannabis consumption is greater than those who’ve moved on to harder drugs after trying cannabis initially.

Many arguments suggest that consuming cannabis impacts a human brain’s neural pathways in a manner that can develop a taste for harder drugs. However, such arguments haven’t been backed with any profound research or studies.

Have you ever seen anti-cannabis propaganda? Well, Reefer Madness is the ultimate example – an 80-year-old film still inducing the fear of cannabis consumption amongst people.

Though the statistics of crime in the U.S. and the criminal’s backgrounds do not make any sense of this delusive myth, the film has made people believe that cannabis consumption can induce users to commit crimes.

However, the lack of enough evidence makes the argument hollow.

This seems to be a newly prevailing claim against cannabis consumption. There is no doubt some people with a cannabis consumption history have experienced psychosis. However, it has also been proven that they were already predisposed to acquire the disease without the use of cannabis. This inclination could be due to anything ranging from:

Although many experts believe that cannabis consumption plays an integral role in causing bipolar symptoms and psychosis among people, they haven’t been able to come up with much evidence to support those claims. On the contrary, massive research evidence exists showcasing the positive impact of medical marijuana on patients with depression and anxiety.

To conclude, there are numerous delusive myths about cannabis consumption. Though many of them have been disputed over and dealt with in the past few years, and many states have also legalized the plant in some form or another, there’s still a lot of work required to transform the reputation of cannabis consumption into a mainstream medicinal treatment instead of a taboo.

In case you’re still confused about cannabis consumption, you can always check whether you may qualify for treatment under Amendment 2 in Florida, with this patient qualification test. All you have to do is answer a few questions and get your Florida medical marijuana card issued based on your qualification. Expert physicians from MMJ Health will contact you and provide you with professional cannabis advice!