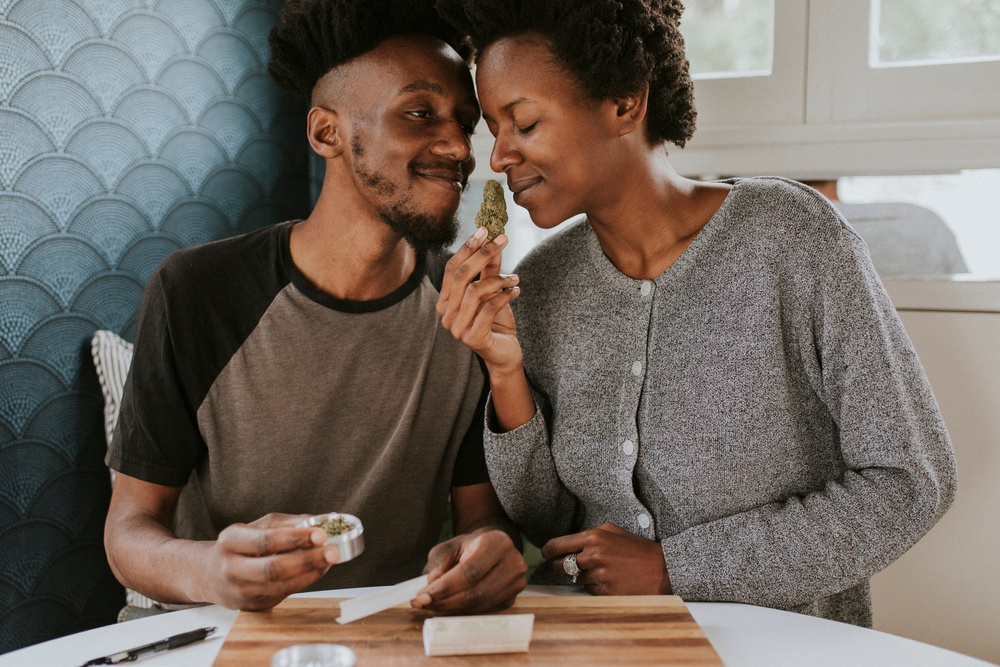 As more states legalize marijuana and opinions become increasingly relaxed, it is prudent to understand how attitudes about cannabis coincide and contradict between the different generations. This comes at a time when despite said cannabis legalization, there is still some cultural stigma associated with the use of the drug. This article delves into marijuana consumption within the millennial generation, seeing as this particular population is primarily credited with pioneering widespread recreational use.

To best capture what motivates millennials to embrace cannabis, you first need to understand their traits, values, and interests. For starters, millennials are the segment of the population born between 1980 and 2000. In the United States, they are approximately 80 million millennials, which makes this market segment the largest social cohort in the country.

The most important trait of an average millennial is just how tech-savvy they happen to be. They use social networks and other digital tools to discover new things and try out trends. They communicate and learn relatively quickly and have proven to be quite flexible than boomers.

A second characteristic that informs millennials’ attitude towards alternative medicine is just how well-educated this population segment is. This translates to a willingness to embrace new behavioral patterns. It could be argued that the extent of education propels this generation to shy away from traditional and social routines. This willingness to act independently and reconsider what are otherwise obsolete values makes millennials the fastest drivers of social change and influences their attitude towards alternative medicine, particularly, medical marijuana.

Notably, this segment of the population believes that alternative medicine needs to be covered by health insurance. This trend towards pushing for insurance to include alternative care is likely to extend to preventive care. It could be argued that this trend is informed by the sheer number of deductibles for insurance that millennials have to grapple with.

In hindsight, this embrace of alternative medicine and therapies is not as surprising. It is pretty logical that millennials are more open to pursuing alternative treatments seeing as they have had to sit ringside as their aging parents and grandparents have not-so-pleasant experiences with western healthcare and pharmaceutical drugs. The consequence has been they have ended up with low trust in pharmaceuticals. Overall, this distrust coupled with the fear of price gauging means that millennials are less dismissive of alternative medicine and, particularly, medical marijuana.

Finally, millennials could be more receptive to alternative medicine as they have a greater interest in health and wellness. This is seen through the sheer rise in a fitness culture that has seen more members of this young cohort seek an active lifestyle.

Concisely, millennials are more open to the idea that a one size fits all approach is no longer feasible when it comes to healthcare. As it happens, there is a compelling and optimistic forecast as to how alternative medicine could be a safe and effective alternative to traditional methods. Seeing as this cohort is tech-savvy and, as such, have access to said information and are more willing to try out new experiences, there is an overall greater embrace of alternative medicine.

As highlighted, millennials are a health-conscious lot. This, however, doesn’t mean that they would shy away from some enjoyment. Being as savvy as they are, this population segment is continuously seeking alternatives that deliver a punch without compromising their health.

That’s where cannabis comes in. Millennials seem to be leaning towards the drug for more than just medicinal use. They are using the drug for recreation as an alternative to alcohol and other recreational drugs. There seems to be a consensus that it is a top-tier substance as it delivers on the high without having to deal with calories and hangovers.

The inclination towards cannabis in favor of alcohol and other recreational drugs goes beyond just the need to avoid unnecessary calories and hangovers. There’s a cost element attached to this preference as well. Specifically, on average, a consumer will have to part with an average of $6 for a beer. On an average night out, this will quickly tally to $50 or higher depending on just how much they indulge. On the other hand, the street price of marijuana is $18 per gram or thereabout when sourced from a cannabis doctor near them. A rough estimate would mean that, on average, a millennial could save $30 a month if they opted for cannabis instead of alcohol or other recreational drugs.

Notably, the systematic decriminalization of cannabis in most states and the somewhat relaxed attitude around its use in social settings could explain why millennials seem to be leaning towards cannabis in favor of alcohol and other recreational drugs. This comes in the backdrop of a 2017 Yahoo News poll that reported that estimated that of the 55 million recreational marijuana users, at least 65% were millennials that indulged socially.

Collectively, millennials seem to find cannabis more appealing than alcohol and other recreational drugs, seeing as it is more relaxing and they do not have to worry about how they acted the night before. Besides, the drug means that they do not have to deal with hangovers and throwing up the morning after while grappling with the questions of just how much they spent the night before.

Note that the market is already seeing this shift in consumer inclination. A look at the Monitoring the Future Study report shows that millennials are drinking less than boomers. What’s more, the share of college students drinking daily has taken a two-point dip since 2017. This has resulted in a new market opening up.

As of 2016, the recreational cannabis market was $6 billion. By 2018, millennials were estimated to have contributed a total of $10.6 billion to the global cannabis market, which experts project will reach $100 billion by 2026.

Benefits for Millennials Getting Their Marijuana Cards

As highlighted, millennials have established themselves as political liberals who do not shy away from trying out new experiences or experimenting with alternative medicine. Their core characteristics mean that they do not necessarily consider cannabis use a taboo, and as such, they would be open to using it both in social settings and for medicinal purposes. This comes amid reports that indicate that millennials have been smoking and spending more on cannabis, especially since the onset of COVID 19.

The next frontier would be to make access to marijuana more convenient. A way through which governments and local cannabis companies have been doing this is through helping millennials get their marijuana cards. Some of the benefits associated with the latter include:

Coming into 2022, it was rather apparent that the year wouldn’t be when legal marijuana was legalized in Florida. This is mainly because there is a need for two significant constitutional amendments that need to be made before that becomes possible. These amendments have been frustrated by a fraction of the population that would best be described as conservatives. What this means is that if you were found indulging in some cannabis without the proper documentation, you are subject to a legal process that would see you land in jail.

Having the marijuana card means that a licensed medical marijuana doctor found your case compelling enough to warrant that you get a medical marijuana recommendation. It works pretty similar to a driver’s license, which gives you a valid right to possess and use cannabis.

Granted, it isn’t particularly hard to get a cannabis plug in Florida. With the right connections, you should be able to score some marijuana locally. Unfortunately, you cannot always guarantee the quality or availability of what you get. Besides, it would be impossible to determine if what you bought is, in fact, professionally grown medical-grade marijuana.

As a millennial, having the marijuana cxard means that you are protected from the plug actually selling you their homegrown plants or potentially including dangerous additives in your purchase. Besides, you do not know the condition in which the homemade cartridges you get were processed, which could further exacerbate your condition.

With the marijuana card, you get to understand the actual origin of the product you purchase. You also have the option of requesting for third-party lab results that give a detailed breakdown of the cannabis you are about to purchase.

Suppose you are experiencing some symptoms and you decide to seek out an alternative cure. If you set an appointment with the cannabis doctor near you and you end up getting the qualifications, they end up giving you a medical marijuana recommendation that you can then present to any dispensary together with the card.

When you have the said card, you have available to you a broad range of strains, including sativa, indica, and hybrids. These will come in a myriad of forms, including lotions, edibles, vapes, and even flowers. At most dispensaries, you get a personal budtender that will help you along choosing which of these forms would work best for you. Besides, it is easier for you to experiment with different levels of THC to CBD ratios. Finally, the moment you have the official card, it becomes easier for you to tap into information reservoirs to help with determining what is best for you, as most individuals and institutions are more open to giving you the loop on the latest in cannabis education.

A less known fact is that when you are put on a medical marijuana recommendation, you get cannabis that has higher potency levels compared to the marijuana that you would typically buy for recreational purposes. Overall, when you get the card, you get access to medical marijuana dispensaries that are given more leeway when it comes to the potency level of the marijuana. Managing your condition thus becomes easier when you have varying degrees of potency to choose from.

Contribution to the Repository

Millions of people suffer from conditions that medical marijuana could successfully manage simply because they are stuck in a state where marijuana is still illegal. When you decide on getting your marijuana the right way, you end up on the official tally of Americans that have stood up to the system and declared that everyone needs similar treatment.

Besides, by having a medical professional take a look at you and log in the symptoms you are experiencing and the recommendation they gave to manage said symptoms this information becomes part of a repository that future doctors could infer from to help future patients with symptoms similar to yours. Overall, by getting the medical marijuana card, you help contribute towards streamlining of the process. The consequence is benefits that extend to you and other patients within legal states and those stuck in illegal states.

At MMJ Health, we have created a practice that almost morphs us into more of a ‘lifestyle brand.’ The effect has been a greater ability to woo millennials. We have systems in place that help our patients through the medical marijuana qualification process, thus simplifying the process of making an appointment. The moment you schedule the appointment, you can see a qualified marijuana doctor who will give you a card. With the latter, you should be able to visit or get a delivery from any dispensary in Florida. We invite you to contact us today to enjoy an uncompromised quality of privacy, professionalism, and a comprehensive treatment plan.